Professional web nerd, PHP coder, WordPress user, and Southern Almost-a-Gentleman. I am Debbie's husband and dad to Brad & Ryan. I do things.

I don’t claim to be the coolest dude in the world. Far from it.

I am proudly not trendy.  But I am also 47 years old as I write this, so I am not really supposed to be all that cool or trendy.

Now, I don’t really give a care about how you wear your hair.  I mean, honestly I have no grounds at all to stand on to tell some kid how to wear their hair. I had a permed mullet at one time so I got no rocks to throw.  I mean, just look at this blow-dryed, butt-part, brown football helmet goodness:

But the great thing about a dorky hair style is that it is far from permanent. So if you want a pink, sideways mohawk with shaved eyebrows, go for it.  You look goofy, but go for it. You can change that easily.

But when I see some kid (A kid to me is anyone under 30) wearing gauges in their ears or other parts of their bodies, I have to ask: What the heck are you thinking?

Are you trying to gain membership in some remote tribe that practices this form of mutilation?

I was dining out with some friends from work at Vino’s Pizza not long ago when we saw one of the folks there with some huge, gauged ear lobes. He worked there. Which, if you ever have been to Vino’s is not that shocking.  I think having tattoos, piercings or some sort of bodily alterations is some sort of precursor to employment there.

But, if you ever want to get a job once you decide to grow-up, I would rethink getting some of the more extreme forms of alterations out there.

This goes for extreme piercings, neck and facial tattoos and getting your tongue split. (Yes, that is a thing).

And because I am the curious sort, I had to look up how to get your ears back to normal once you stretched them out far enough to trip over them.  To the shock of no-one, you have to get corrective surgery.

To you young people who like to tattoo their necks, ram pieces of metal in the strange parts of their bodies, or put a hole big enough in their ear lobe to have trained poodles jump through: If you think I am an old man who “just doesn’t get it”, check back with me in 10-years and see if you still think I am wrong. 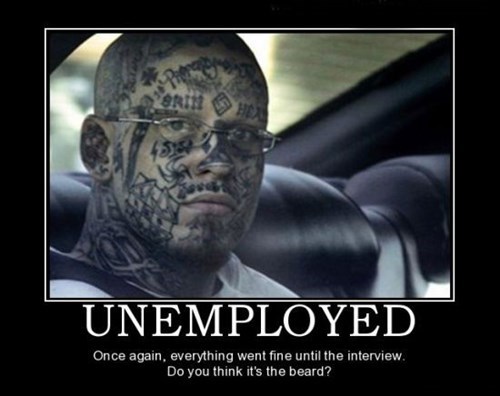 That Was A Bad Idea

To The “Not My President” People

Butch Renfroe is a professional nerd with over 20-years experience with all things Inter-netty. He knows PHP and is not afraid to use it. He also knows MySQL and what a LAMP stack is. He also knows other techy sounding words like HTML, CSS, FTP and stuff like that. He is married to Debbie and father to Brad and Ryan.
View all posts by brenfroe →